A Soldier And A Son


We let go of another son last week. Noah left for Fort Benning, Georgia for 16 weeks of training and several years of military service with the possibility of a new career in the U.S. Army. We are proud of him--as much as any parent could be proud of their child. 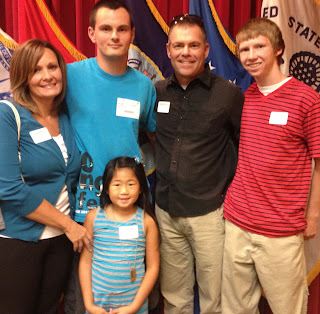 It seems like only yesterday that I was his age, sharpening my unfinished steel on the grinding stone of military training.  When a son steps into his father's shoes, there is a certain excitement that seems to be shared only within the fraternity of men. 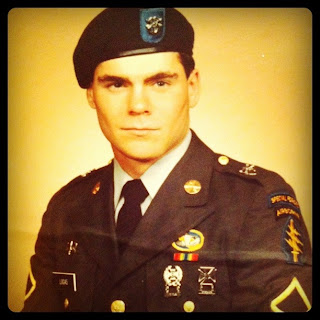 Noah has always been a warrior with a tender warrior spirit--which is the best kind of soldier as far as I am concerned. He cares deeply, serves obediently, loves Jesus and is very familiar with adversity. These are the traits of most true heros.

The little boy from the coalfields came to live with us when he was four years old. Beaten, broken, timid and silent, for the first two years of his life he had lived a nightmare of physical abuse and neglect at the hands of a cruel and violent stepfather. By the time Social Services took him into custody and the stepfather was sent to prison, Noah had suffered multiple broken bones, concussions, black eyes, contusions and unthinkable emotional scars. "It was the worst case of child abuse I have ever seen." Wrote the state prosecutor in the newspaper. 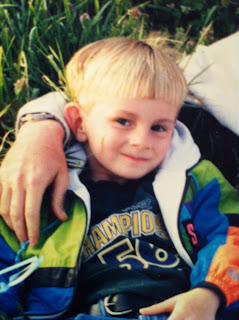 Noah and his little brother Aaron joined our growing family not long after Jake had gone through the worst of his seizure disorder. They were instant friends and inseparable brothers; three great blessings brought together through the darkest of times. 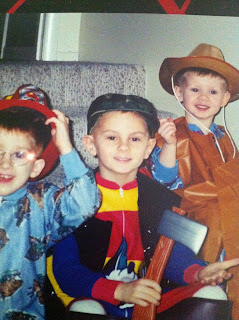 Noah grew to be more than a brother to Jake. He became Jake's fearless bodyguard and silent advocate. 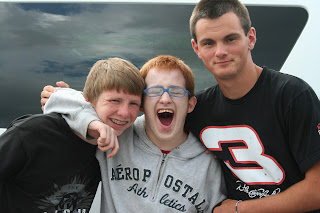 When Hope joined our family, we were not too surprised to discover who she would be most drawn to as her confidant and protector. 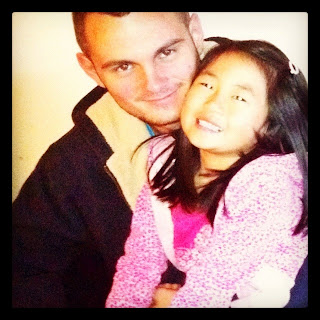 Noah not only stood as the advocate for his brothers and sister, he stood in the gap for his father. There was once a dark period in our home when I was not the man my family needed. I was self-centered, depressed, ungrateful, unfaithful and uneasy to be around. I walked away from all that God had given me. Noah was thirteen years old at the time. He grew up, stepped up and stood up for his family. I will never forget his mettle and natural leadership during that difficult time. Neither will I forget his unconditional display of love and respect for me during this dark, disgraceful period of my life. 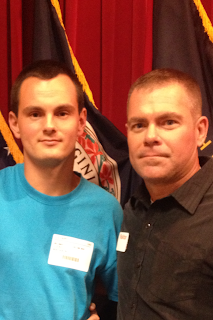 Now he is gone. Our lives have changed once again. And once again there is a huge void in our family. Once again, my wife weeps often for a missing son. 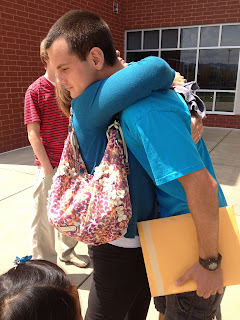 But God is good to give us gifts that we cannot hold onto. Only the gifts we let go will continue to feed our faith in an ever providing Father, as they bring back glory to Him on an eternal horizon.

God is also good to give us unsuspecting gifts, special surprises dripping with grace that point our hearts heavenward.

As Noah raised his hand to swear in to the United States Army, there by his side was one other single soldier to be shipped out with our son. He was tall with a ruddy complexion. He had rusty red hair and wore glasses. He bore the striking image of Noah's older brother. (without the hindrance of disability). And, as if that were not enough to make us smile with heavenly expectation, on his chest above his heart, was written a very familiar name. 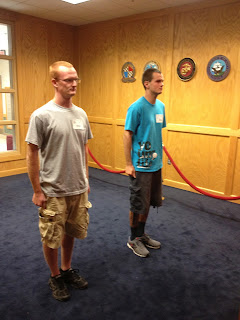 Welcome to the order of the Sheepdog, son. "Give justice to the weak and the fatherless; maintain the right of the afflicted and the destitute. Rescue the weak and the needy; deliver them from the hand of the wicked." (Psalm 82:3-4) "Drive on Airborne, drive on!"
Posted by Greg Lucas at 2:36 PM