I had just finished handing my son, Noah, the last of the Christmas decorations through the crawl space in the attic above our garage when I spotted the medium sized, dust covered box sitting alone on the plywood floor. It was held together with ancient duct tape that was curled and brittle from the extreme, fluctuating temperatures of many seasons in the upper atmosphere of our house.

Thinking it was yet another recycled container of ornamental Christmas bliss; I wiped off the attic dust and broke open the disintegrating duck tape seal. I wasn’t prepared for what was inside, but it made me smile.

“Is that everything?” Noah yelled from down the hatch, a floor below.

“One more,” I replied, as I bent over the attic door and handed down the dusty box.

“It’s a Christmas present, from the Lord.” I half-joked, with a serious heart.

I took the box into the house and sat down next to Kim on the couch. She was folding laundry in front of the Christmas tree. Laying the box on the coffee table in front of us I beamed, “Look what I found!”

“Whaaaat is it?” she slowly asked, a bit cautious of my typical canine-like antics of digging up stuff and bringing it to her for approval.

I reached into the box and took out the very fist item on top: a picture of our three boys sitting on a fireplace mantle from ten Christmases ago. Jake and Noah were seven years old, and Aaron was five. Their smiling faces were framed with contentment as their eyes told the story of certain Christmas anticipation and excitement. It’s the story that only small children can tell. 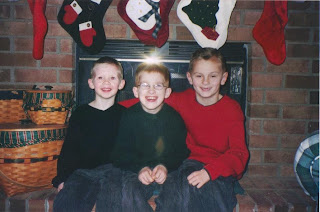 Under that perfect picture lay a few hundred more animated portraits of our colorful tribe, carefully bunched together like a bouquet of grace. Kim and I both shook our heads and smiled as we simultaneously realized that these memories came from a time in our history when we were hoping for better times, not realizing that these were the best of times. 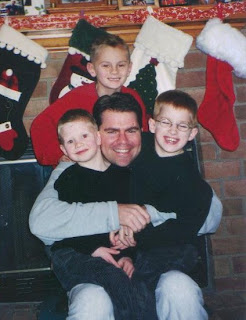 But what caught us both off guard were the pictures of Jake. The past four or five years of complete struggle and frustration had almost erased our memories of the happy, satisfied, charismatic child with the contagious smile that could make a lighted Christmas tree look dull. 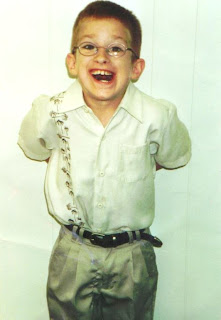 As we scanned the photographs we had to look hard to see his disabilities. “That’s Jake!” I said, noting the accurate personality captured on film. 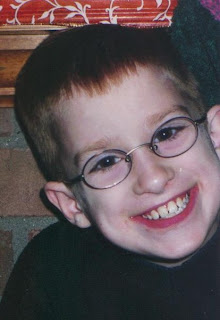 Kim held one of the pictures closely and we both sat there in silence lost in the joy and sadness of all those years that seemed to be so difficult back then. But we couldn’t see the difficulties in the old box of pictures—only happiness, contentment and grace. 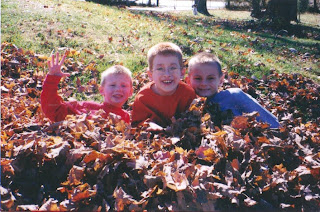 As we shuffled through the treasure chest of reminiscences, our five year old daughter came into the room and stood by the old dusty box with a half-eaten candy cane in her hand.

I put down the stack of pictures I was clinging to, picked her up and sat her on my lap.

“What kind of good times” She asked.

Squeezing her tightly, I created a giggle by placing my nose on her neck. She smelled like peppermint and clean pajamas as she laughed and squirmed in my arms. 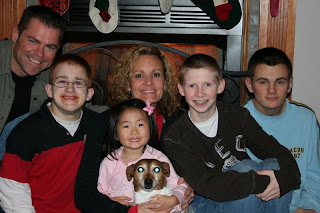 From The Lucas Tribe
Posted by Greg Lucas at 9:56 PM 12 comments: