My Hope in Adoption 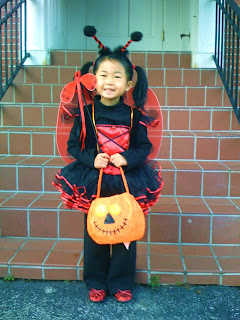 I'll be deviating just a little from my usual post about life with Jake in order to share with you just a glimpse of life with Hope; this being the 3rd anniversary of her “Gotcha Day” and the celebration of the Chinese New Year.

We have experienced the miracle of adoption in our diverse tribe four times over the past 16 years starting with Jake, then later with Noah and Aaron, and finally (maybe finally) with Hope.

Hope’s adoption was a little different than that of the boys. There was a large ransom to pay, a great journey to travel and a completely different culture to invade.

About half way through the two year process of our adoption, a little girl was born to a frightened mother in Beihai, Guangxi China. Because of China’s “one child law”, the baby girl was wrapped in a blanket and left abandoned in front of the Social Welfare Institute of Beihai. A policeman found her there and took her to the local orphanage where she was added to the long list of displaced children.

Thirteen months later my wife and I boarded a plane and flew to the other side of the world. With passports in hand, a briefcase full of government documentation, and $8000.00 in U.S currency (not including the $12,000.00 of additional fees that brought us to this point), we landed in Beijing, China to begin the in country process of bringing our daughter home.

We paid the orphanage and governmental fees, signed the legal documentation giving “Guo Jing Long” full rights as our daughter, gave her the new name of Hope, and brought her into our family.

What a personal, panoramic view God gave us of Ephesians 1:3-14.

Before Hope was born or even conceived, we began the process to bring her home as our daughter. She was ours before she existed, before she had anything to offer in return. At a specific point in time we traveled to the ends of the earth to effect her rescue, pay her ransom and bind the covenant that would give her our name and with it, full rights as a citizen and a daughter.

There is a Chinese proverb that says, “A fine red thread connects everyone who is destined (or predestined) to meet. That thread may tangle and it may stretch, but it will never break.”

That thread is stained red with the blood of the One who is a Defender of orphans and who, by His miracle of adoption, places the lonely in families.